The film that is played through the streets of Tilburg as if it was an Escape Room.

Tilburg has always been a very attractive city, but it never hurts to add an extra incentive and, thanks to Escape City Box, you will be able to experience Tilburg from a completely new perspective: its historic centre will become a great open-air escape room.

An escape room is an adventure game in which a group of players are locked in a room where they must solve riddles and puzzles in order to escape before the time limit runs out. We have pushed the boundaries of the escape room to offer you a truly unique experience through an exciting escape game in the street. 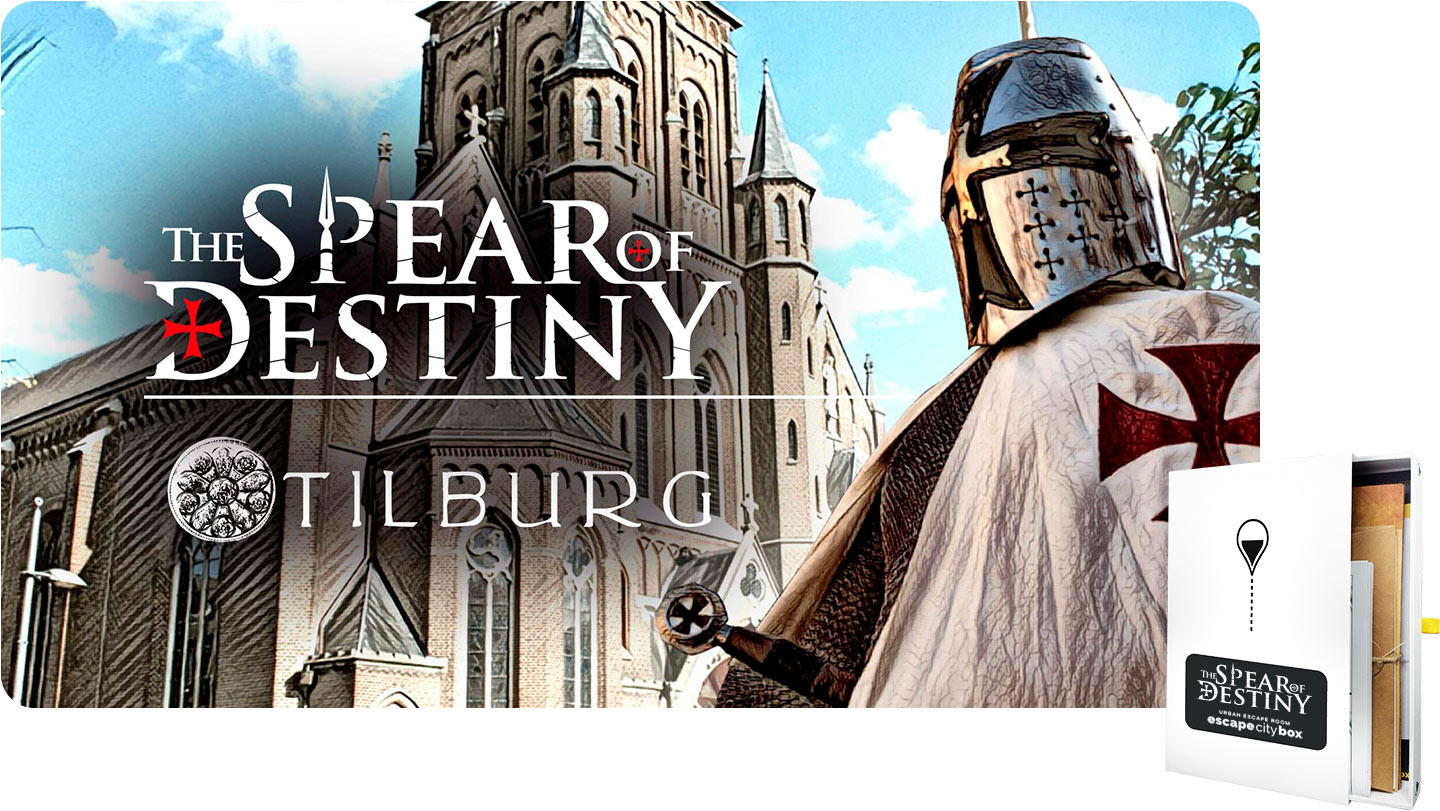 The discovery of an ancient encrypted message between two retired Nazi German government collaborators in the Netherlands during the 1980s leads to the suspicion that the Spear of Destiny, which was used by a Roman soldier to stab Christ in the side while he was crucified, may be somewhere in the underground of Tilburg.

In this new adventure, which lasts approximately two hours, you will have to help the prestigious historian Sarah Levi to discover the exact whereabouts of this sacred relic.

Will you be able to find the Spear of Destiny before it is too late? 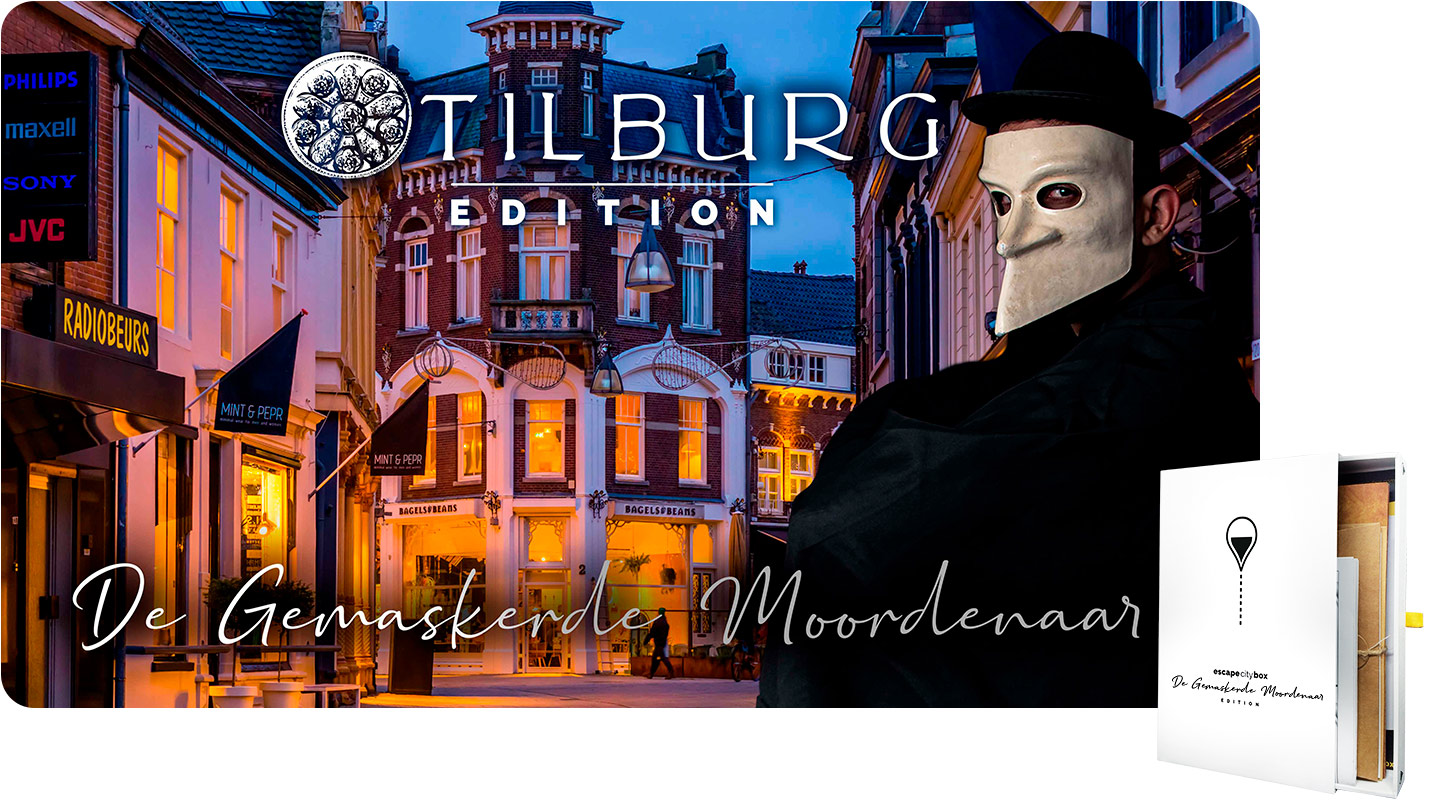 Catch the Killer of the Mask on the streets of Tilburg. In an exciting adventure of police investigation in which you will put yourself in the shoes of a group of criminologists who seek to solve the crimes of one of the most wanted serial killers in the history of the country and who is currently in Tilburg.

Are you ready to catch the Killer of the Mask and discover his identity before he commits another crime?

RECOVER THE LANCE OF DESTINY IN AN EPIC ADVENTURE THROUGH THE STREETS OF TILBURG. 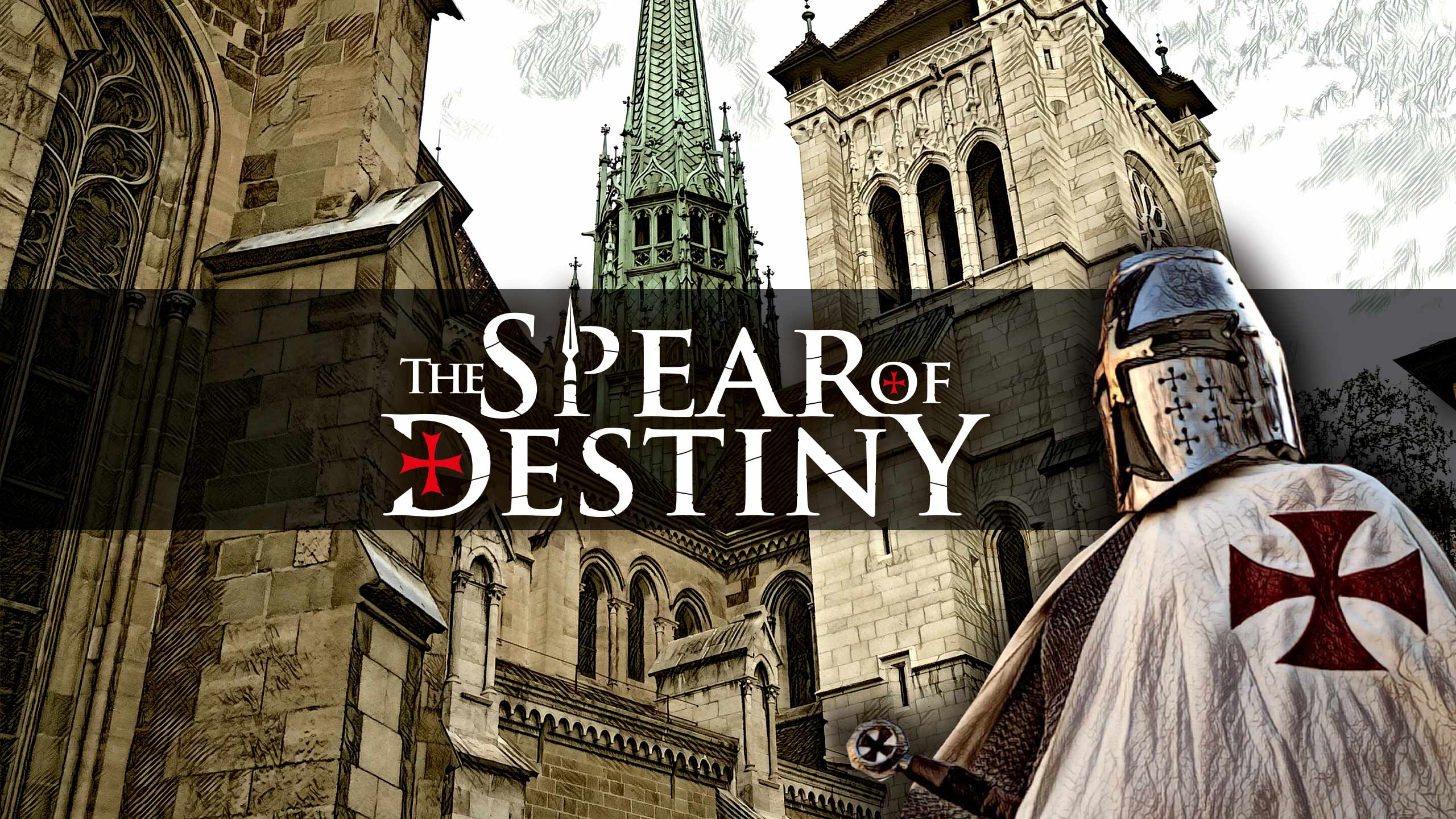 Urban escape rooms are a transformation in which the traditional gymkhanas and the logic tests of escape rooms come together. Escape City Box has created the first film that is played in the first person through the streets of the city as if it were a great urban escape room. Through the mobile app, you will be able to discover the tests and enigmas that the game poses, while you complete a route through the city and watch the videos that will make you discover all the secrets of the Spear of Destiny and its history. In addition, you will have to interact with the heritage of the city of Tilburg and with the materials included in the Escape City Box in order to successfully complete the mission.

Renowned historian Sarah Levi has discovered the possible location of the Spear of Destiny by analysing communications between two retired Nazi German government collaborators in the Netherlands during the 1980s. In them, they talk about the possible whereabouts of this mythical relic and that it could be hidden somewhere in the subsoil of the city of Tilburg. You will have to help Sarah locate the Holy Lance before it falls into the hands of one of the secret associations that are eager to possess the powers granted to it.

Do you want to know more about the mythical Spear of Destiny? Then don’t miss the video below:

CATCH THE KILLER OF THE MASK THROUGH THE CENTRE OF TILBURG 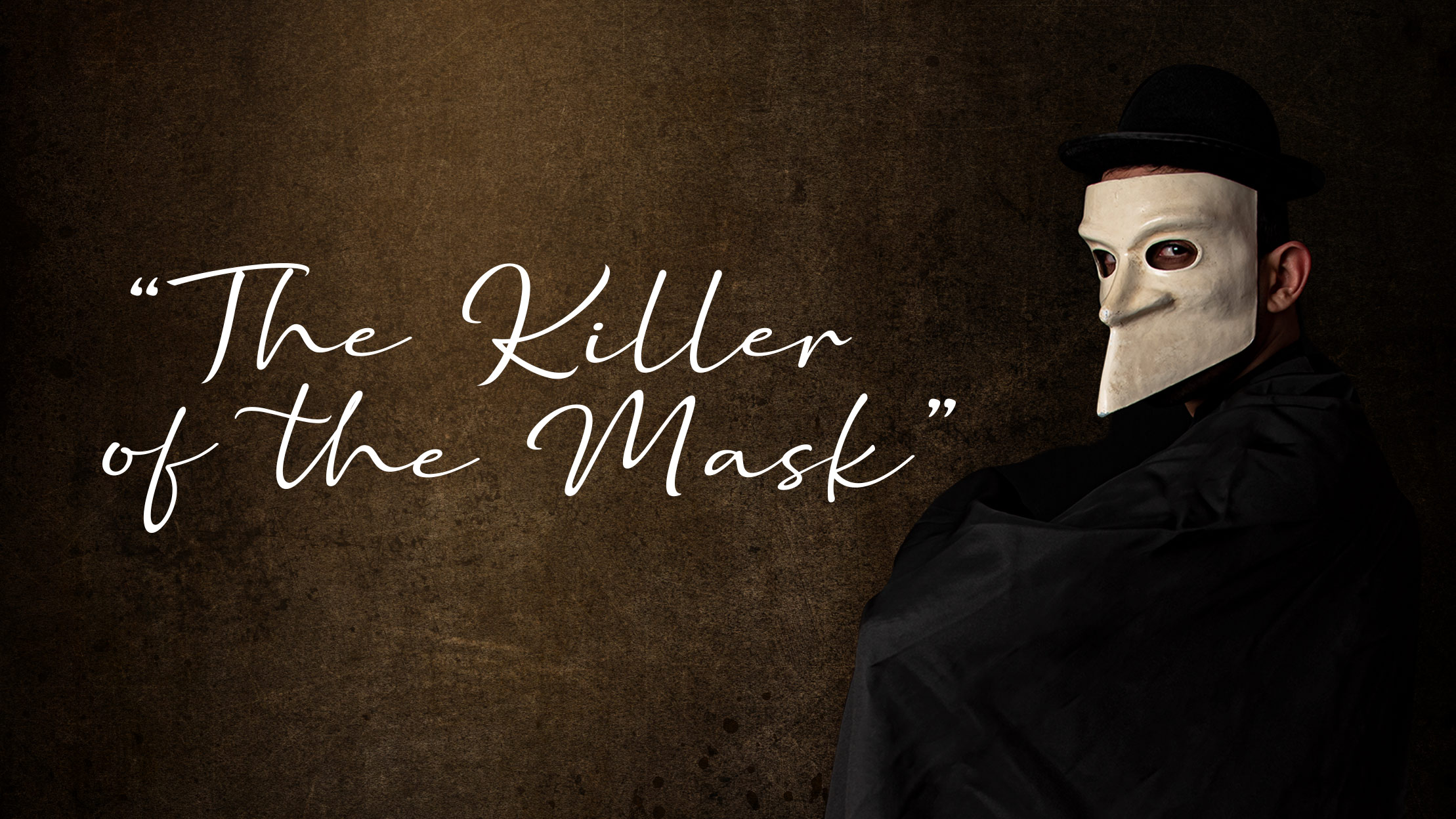 With Escape City Box you can now experience Tilburg in a whole new way, turning it into the stage for a clue-like game, The Killer of the Mask, in which you will have to investigate a serial killer and stop him before he claims another victim in his wake. The best thing about this game is that you can live this experience by walking the streets of the historic city centre, making you and your friends the protagonists of the story.

In this investigation, your main objective will be to catch the serial killer before he claims more victims and abandons their corpses in some of the busiest and busiest places in the city.

Our criminal, the Killer of the Mask, has been spreading panic in several cities in the Netherlands until he reaches Tilburg. In this mission, you will become detectives whose goal is to finally catch this criminal before he claims another victim and leaves his lifeless body on a monument in the city.

Through a mobile App you will enter into this story as well as having physical elements such as reports, photographs, letters, etc., which will be included in the box. Everything you need to solve the enigma can be found in the app and in the box.

A new way of experiencing Tilburg is presented to you, combining classic escape games on the one hand and the opportunity for a movie experience on the other hand, where the boundaries have been broken down to offer you more fun. The maximum number of participants is four people, but if you get more people together you can increase the excitement of the game by making several teams and competing with each other to see who can solve the mystery first. Escape City Box breaks the traditional escape room schemes to adapt them to modern times so that you can have fun without limits. 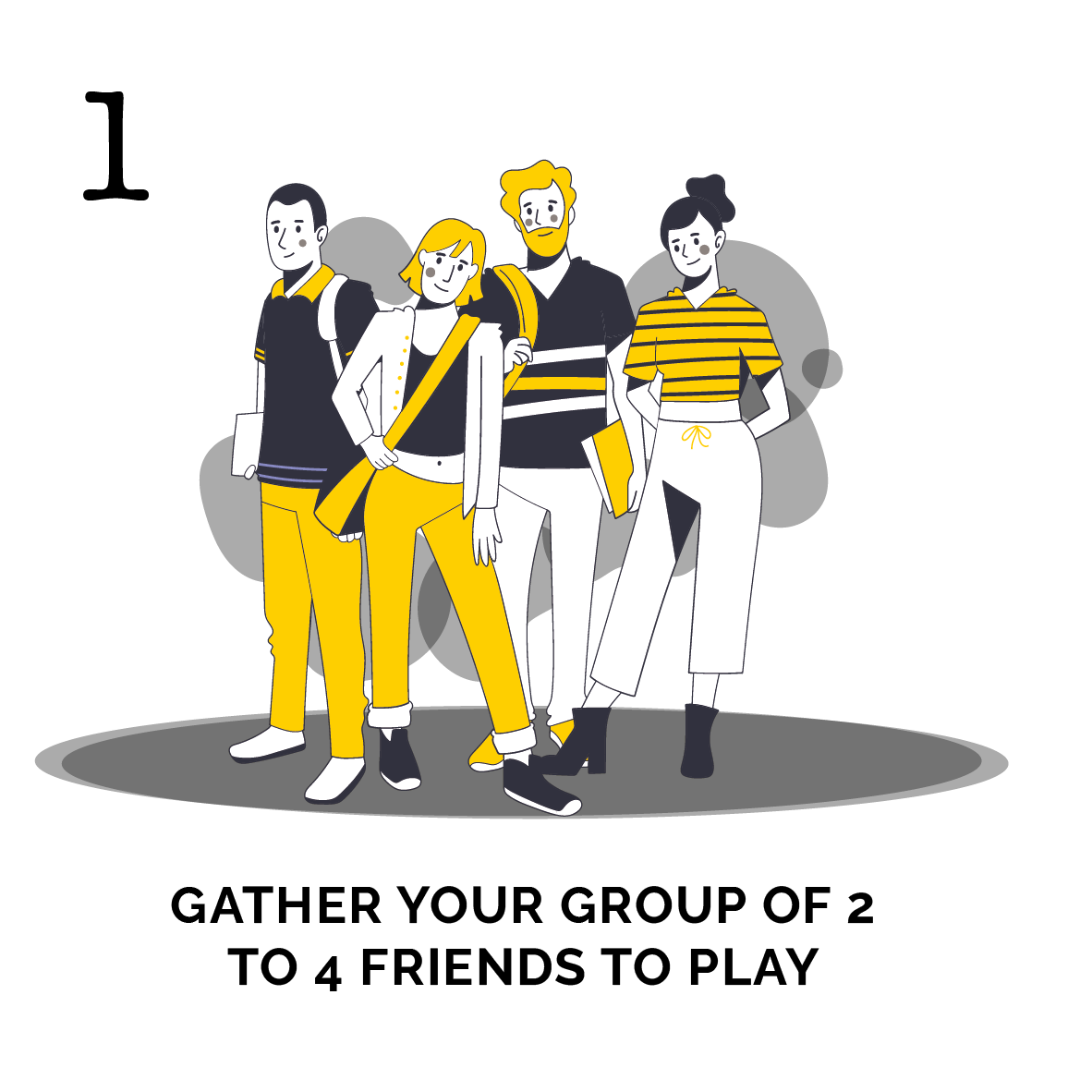 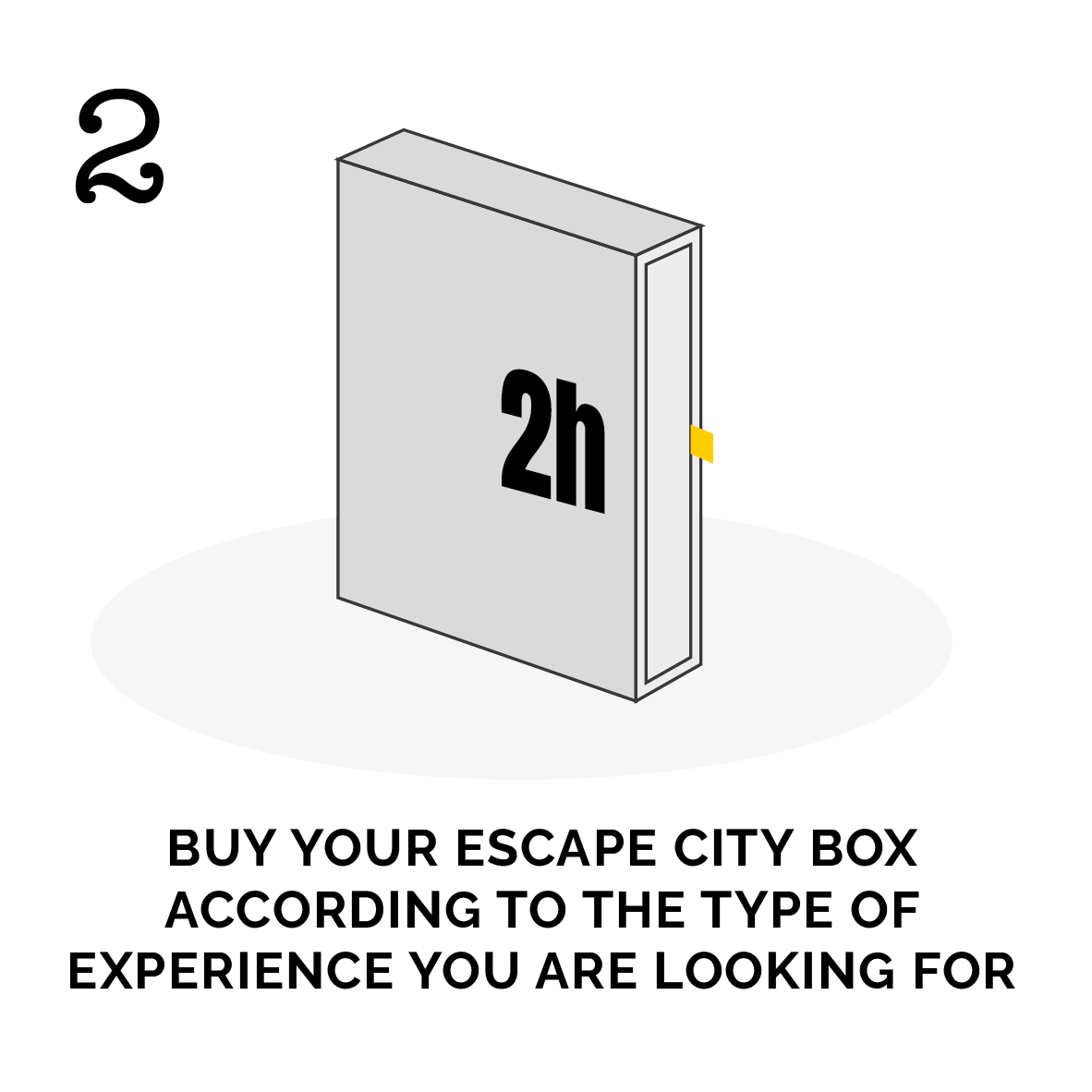 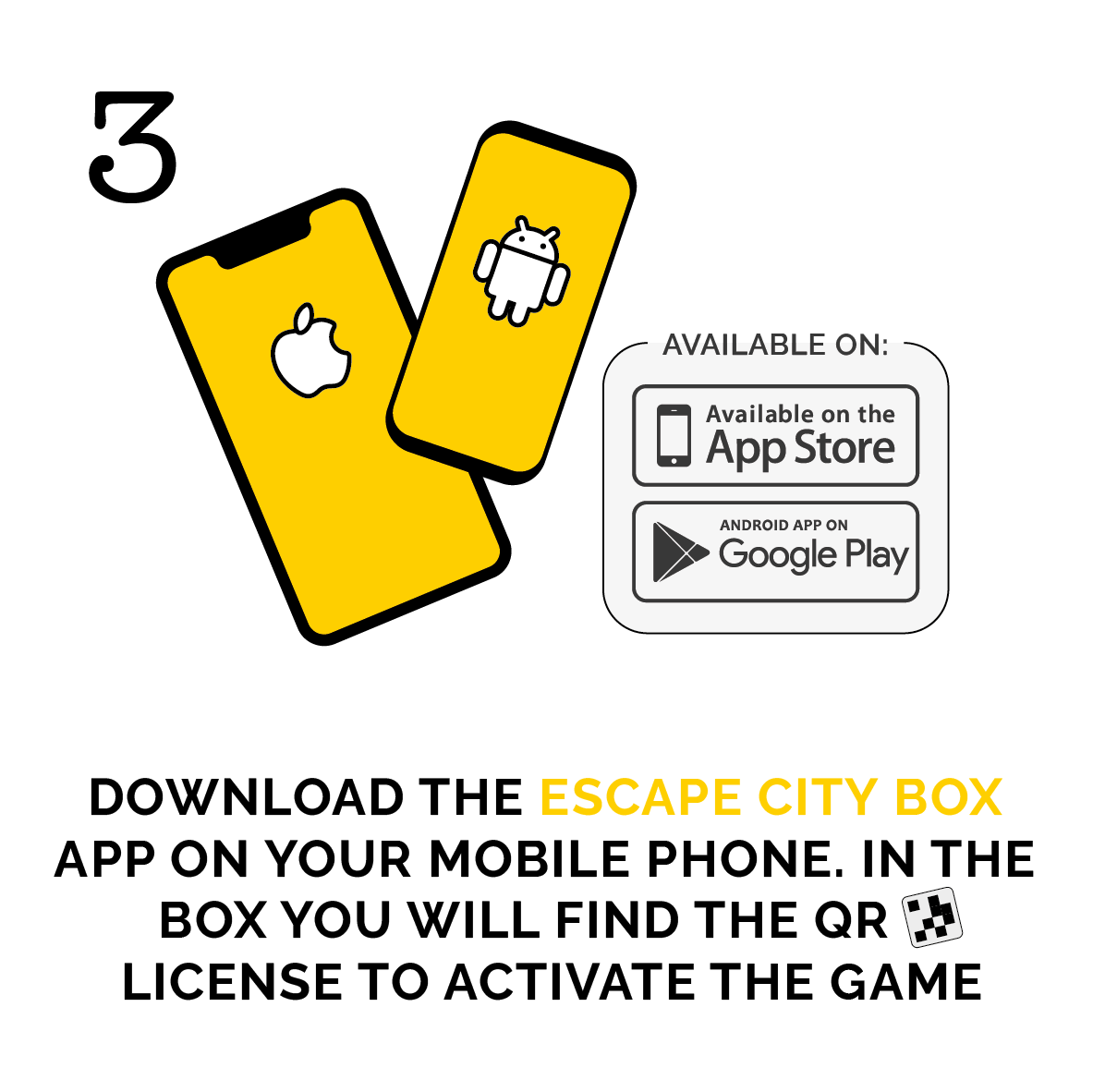 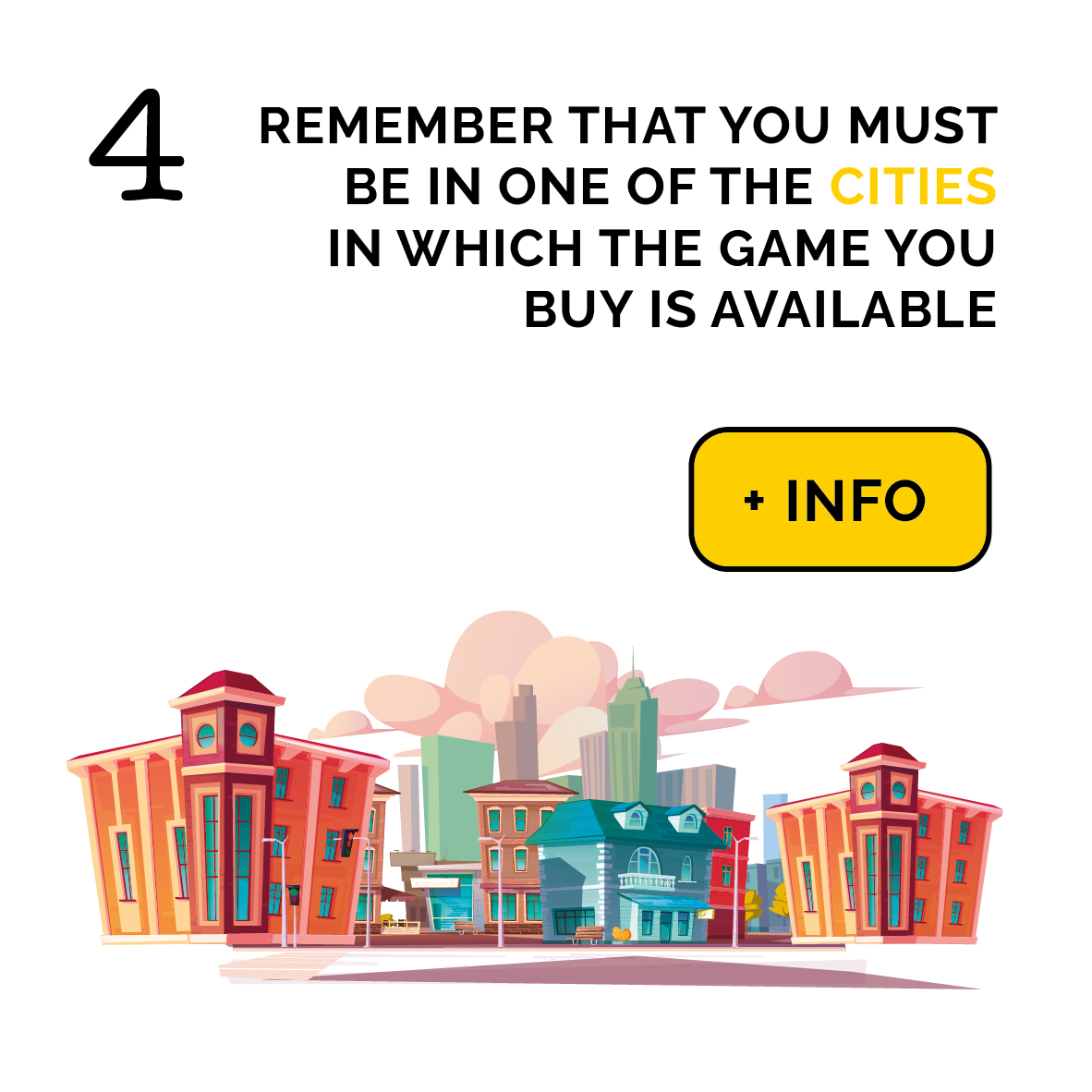 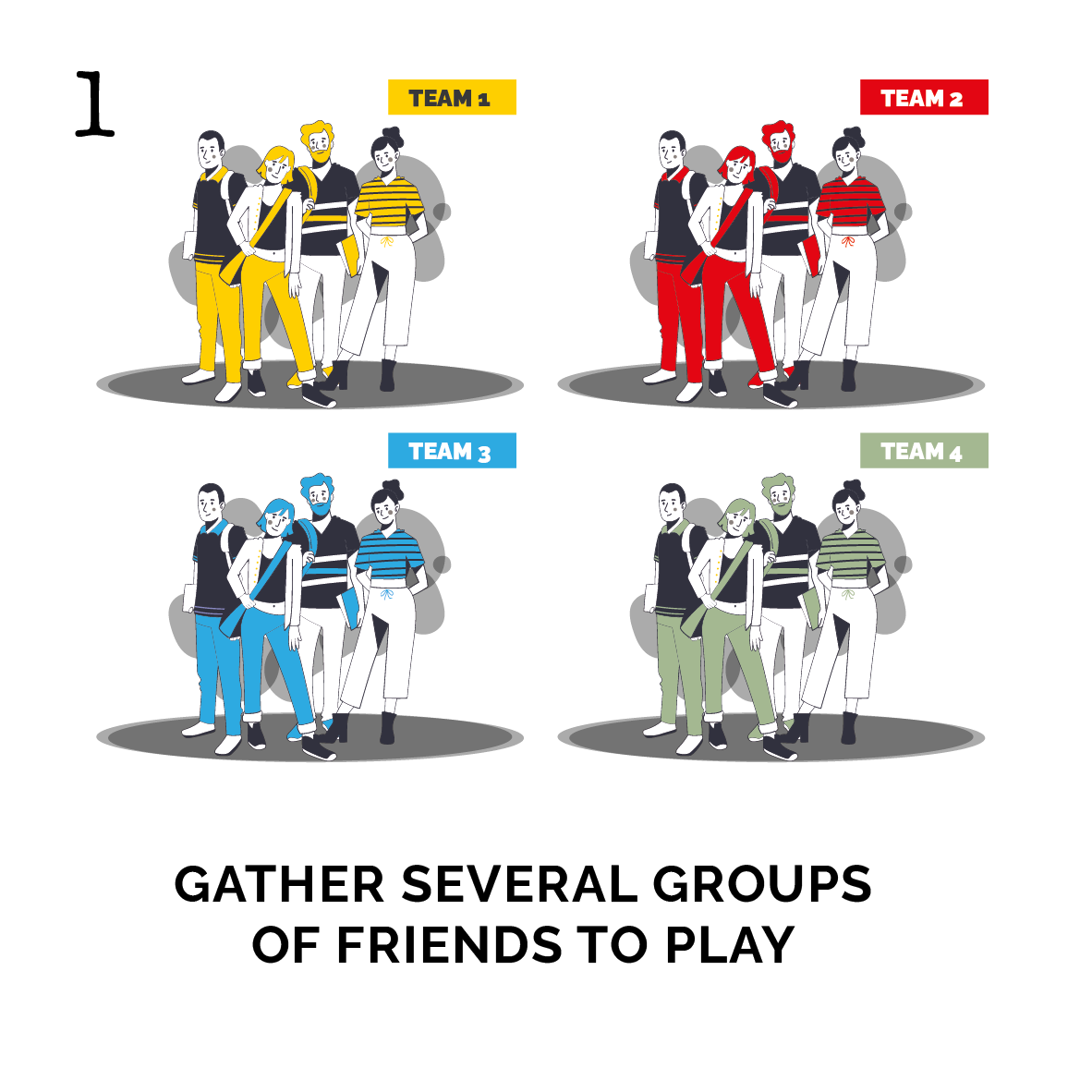 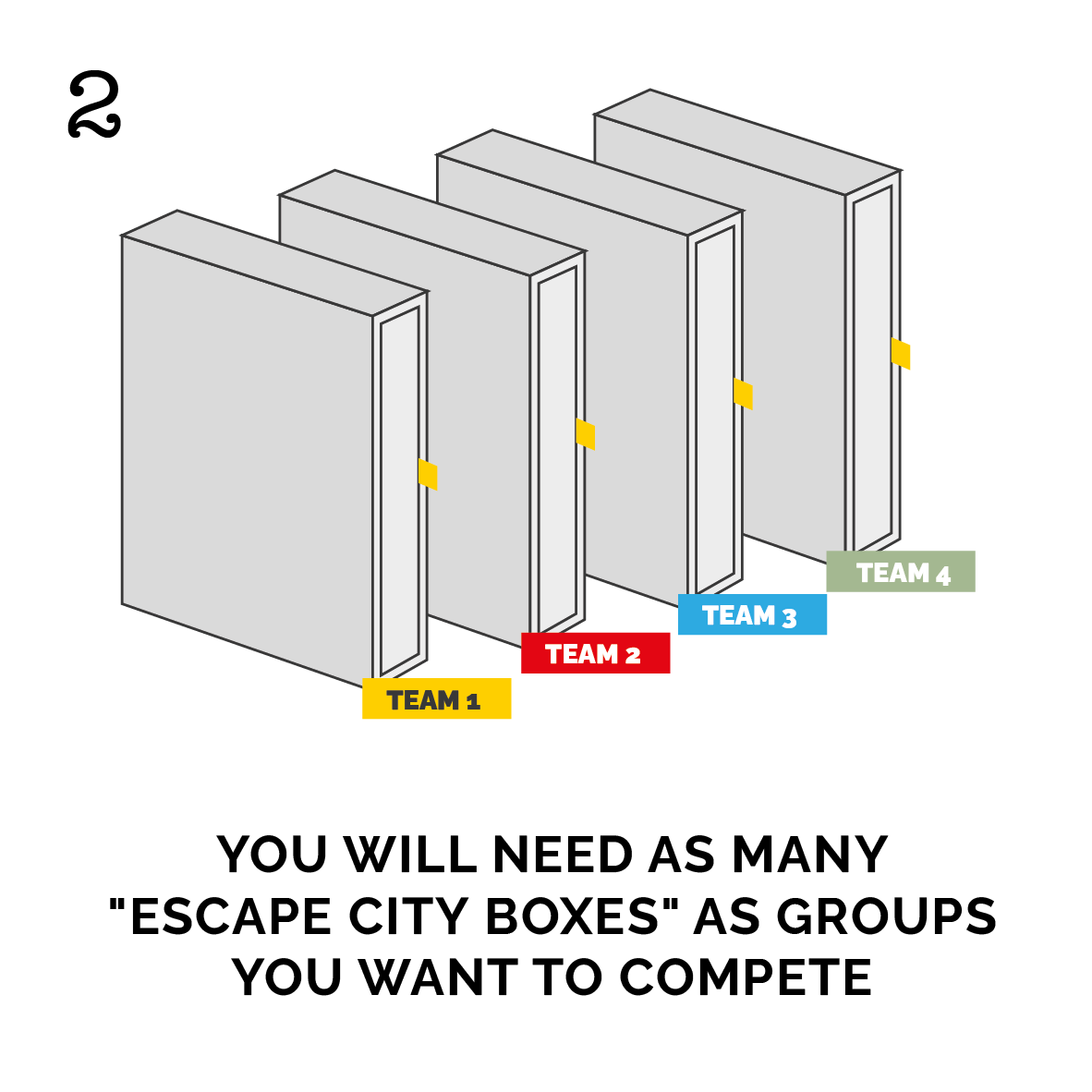 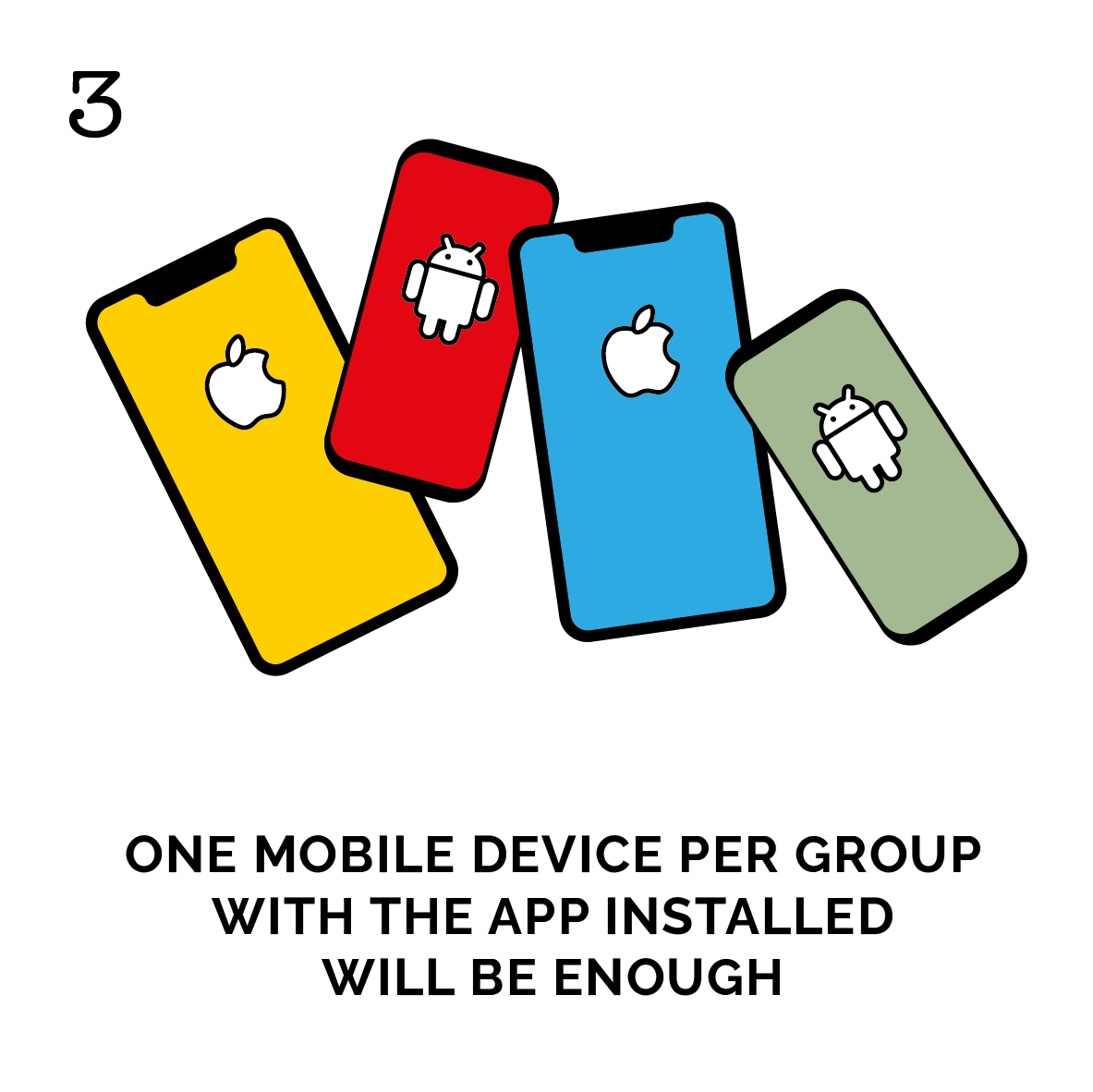 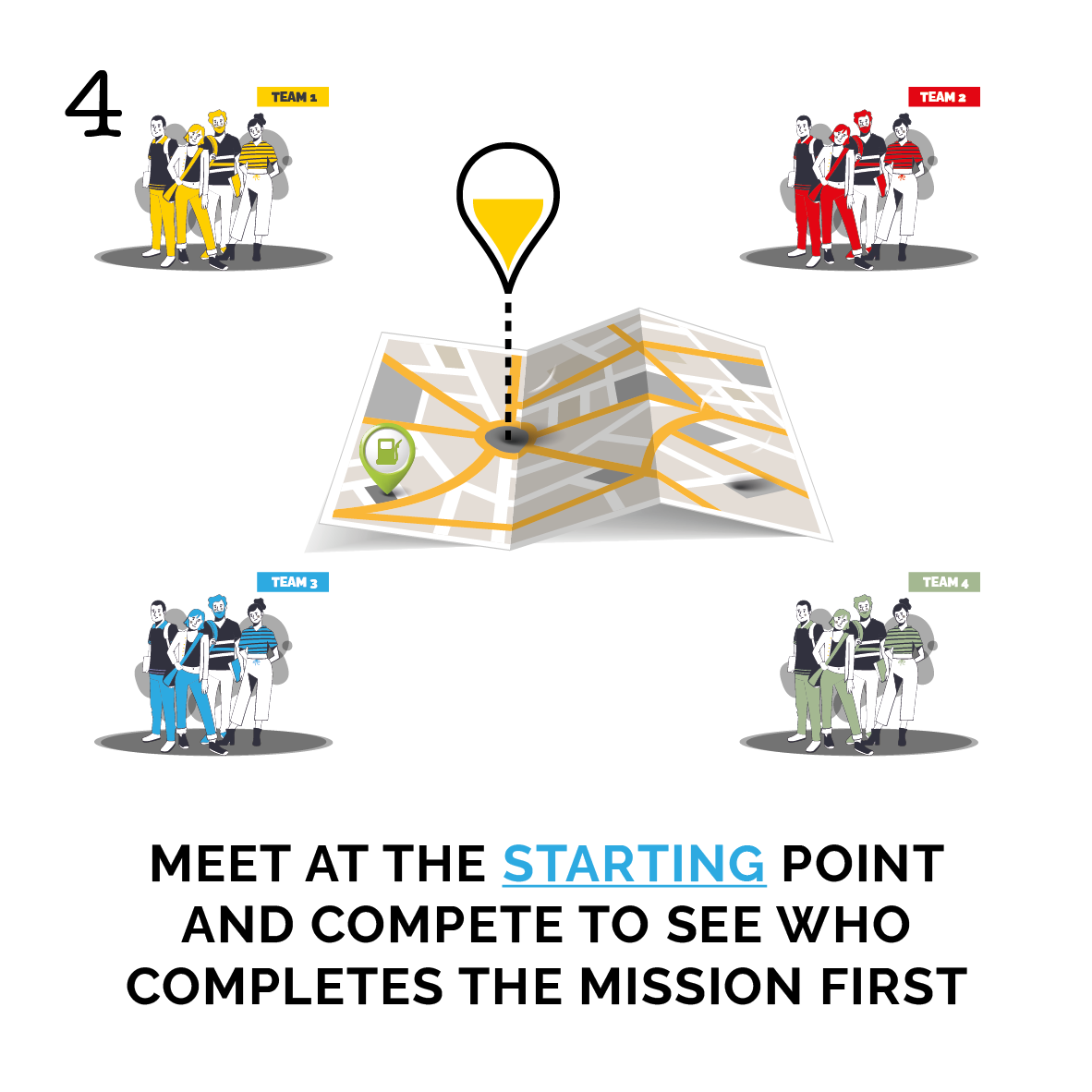