Newcastle, the Urban Escape Room on the banks of the river Tyne

The first escape game to be played on Newcastle’s streets

From now on, Newcastle will not have a new Escape Room as usual, but the city itself will become a different escape adventure, outside the limitations of traditional escape games. You will still be able to enjoy solving different riddles and puzzles against the clock within a story, but outside the confinement of any walls.

The setting for this new concept will be the streets of Newcastle as the city will become one big Urban Escape Room where you will have to overcome different challenges before you run out of time. We combine the charm of Newcastle, its buildings and places with a thrilling film story full of puzzles to solve over the course of two exciting hours. 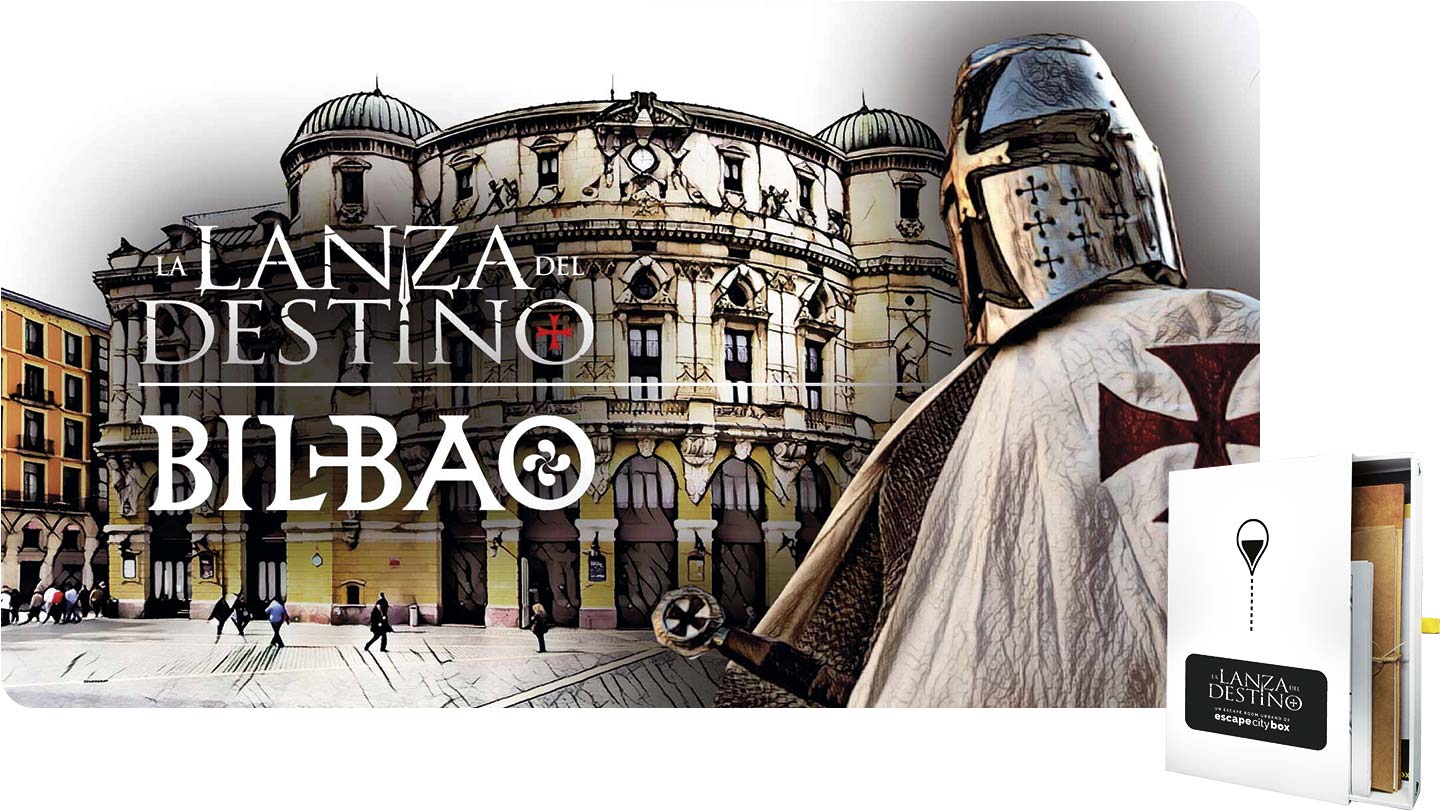 Young university lecturer, Sarah Levi, has located the Spear of Destiny in a spot in the city of Newcastle. For years, a team of researchers at the university, led by Sarah Levi, have been studying the historical journeys of different religious relics. A call from Bosco, a member of the team, sets off all the alarms, after centuries lost, it seems that a clue has located the Spear in Newcastle.

You must help Sarah find the holy relic and place it safely in a museum so that it can be studied and kept away from gnostic groups who have been after the Spear for centuries.

Escape City Box has created the first film to be played in first person on the streets of the city.

Do you dare to discover the whereabouts of the Spear on the streets of Newcastle? 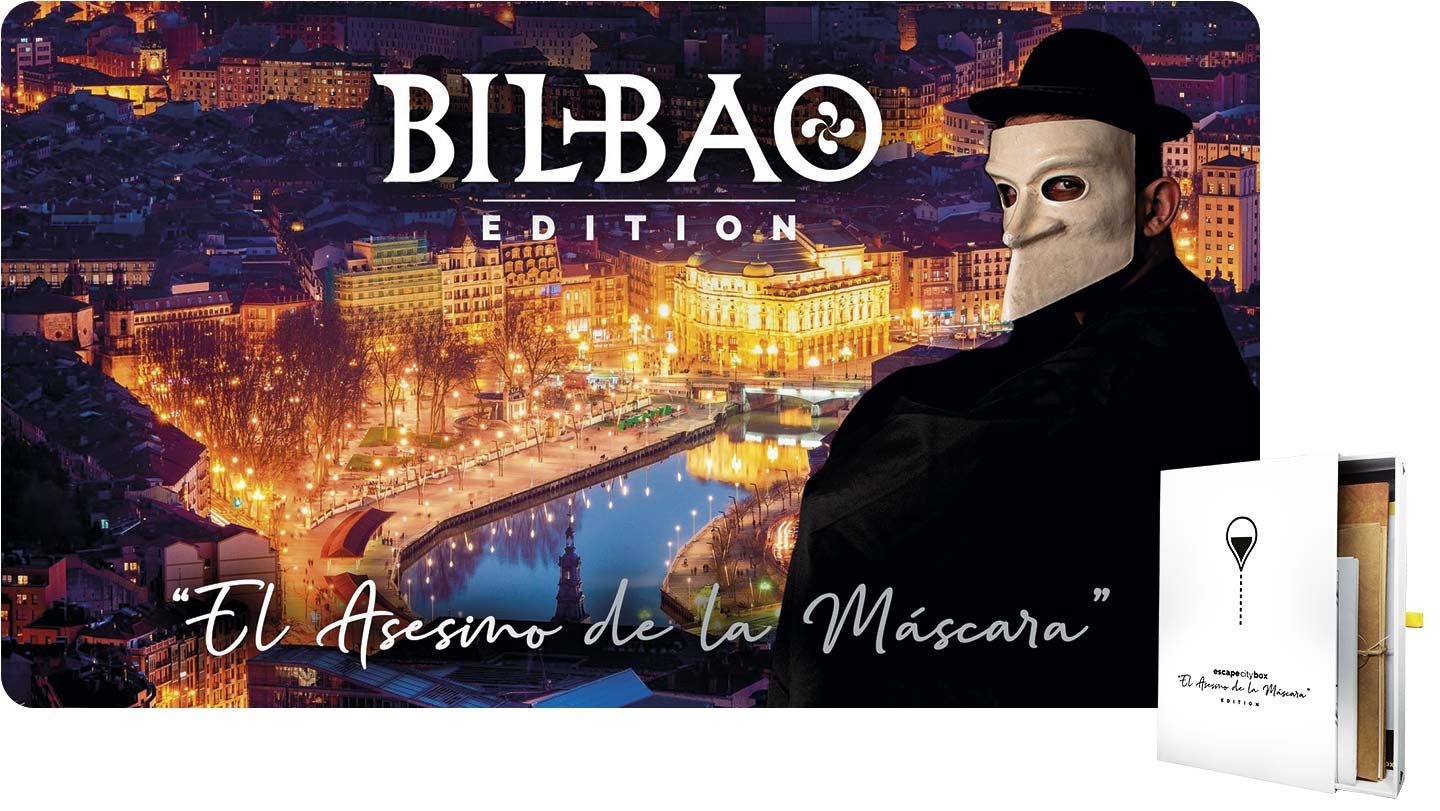 Catch “The Killer of the Mask” through Newcastle city centre

Newcastle’s police department have been down the trail of a serial killer for weeks, who kills his victims, uploads the murder to the victims’ social media accounts and deposits the body in a landmark in the city of Newcastle, creating more media noise.

You must help the police catch the Masked Killer before he kills again.

A game of Escape through the streets of Newcastle lasting approximately 2 hours and suitable for all ages.

Are you ready to unmask the killer before it is too late? 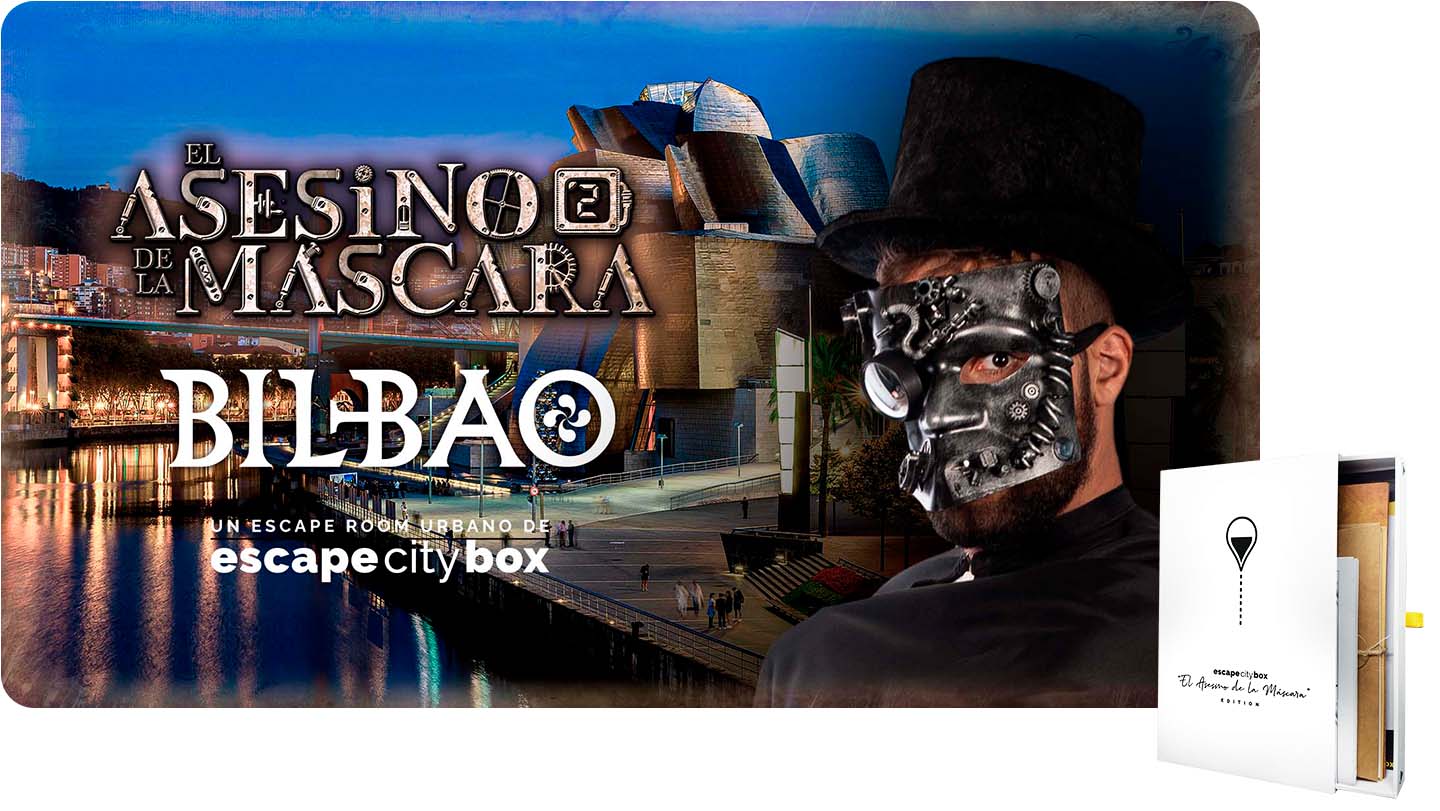 Newcastle, the setting for a film. The Killer of the Mask

All those games that could be solved in an Escape Room, now flood the streets of Newcastle so that you can live the experience in a totally different way. Escape City Box brings you a “cluedo” themed game named The Killer of the Mask in which you will have to carry out a police investigation to apprehend a serial killer who has been leaving the lifeless bodies of his targets in the most important places in the city.

As you might have guessed, you have to catch the Killer of the Mask. His modus operandi, which he has already repeated in several English cities, is to leave the corpses of each of his victims with a mask on a prominent monument of the city in order to attract as much media attention as possible.

You and your friends will become the absolute protagonists of this game, turning it into a real crime movie, where you will enjoy solving puzzles and enigmas through the streets of Newcastle.

It is not only about enjoying this new type of escape game, but also the incomparable setting that the city offers. To do this, we are going to give you clues and riddles through our mobile application. We will also provide you with information and curiosities about the most emblematic monuments and places in Newcastle.

Do you want to know more about the most wanted criminals? Do not miss the following videos:

“The Spear of Destiny” an urban escape room to interact with the city of Newcastle.

Urban escape rooms are born from the fusion between traditional gymkhanas and Escape Room games. Escape City Box has created a new format of Escape Room through the streets of Newcastle in which everything revolves around a film that is experienced and played in the first person. To do so, you will have a mobile app available for Android mobiles and iOS, through which you will receive the clues, videos and maps that will guide you through the game. You will also have physical material inside the box, which you will only have to open when the mobile app tells you to do so. You will have to interact with this physical material, with the city and with the videos and maps in the app to discover where the Spear of Destiny is after centuries of disappearance.

An epic adventure that will take you through centuries of history to discover the wanderings of this sacred relic that pierced the side of Christ as he was crucified on Mount Golgotha in Jerusalem.

You will have to test your wits and detective skills to complete the approximately two-hour mission, which takes place in the streets of Newcastle city centre and does not require you to go indoors.

Once you have purchased the Escape City Box, you can play on any day and at any time you want, just activate the mobile app with the QR code that comes inside the box.

What are you waiting for to experience a unique adventure? If you want to know more about the Spear of Destiny, don’t miss the video below.

The tests in this game will challenge your intelligence and imagination in a unique environment in which you will create unique memories that have been the setting for the history of the city and will now be the setting for your own film adventure.

This Escape City Box adventure has both a mobile app and physical items (police reports, photos and clues) that you can find inside the game box. In the app you will find videos, maps, games and all the information you need to solve this case, as well as details and curiosities about the most important monuments around you.

With Escape City Box you have the opportunity to get to know and experience Newcastle and escape games in a whole new way where the boundaries have been flipped to increase the fun. The recommended number of players is a maximum of four people, but if you finally get more friends together, you can make several teams and compete against each other to see who can catch the Killer of the Mask first and solve all the puzzles and games we have prepared for you. 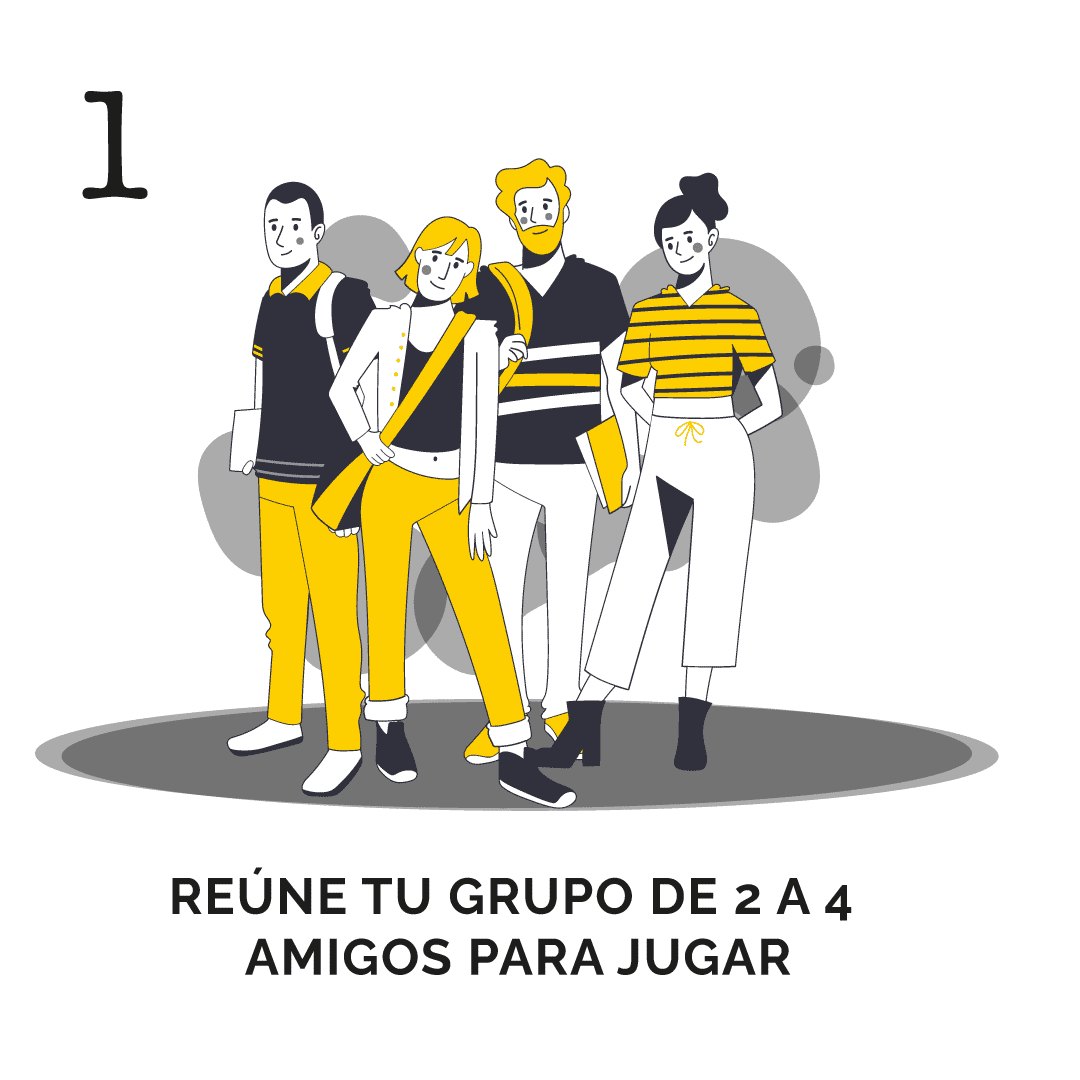 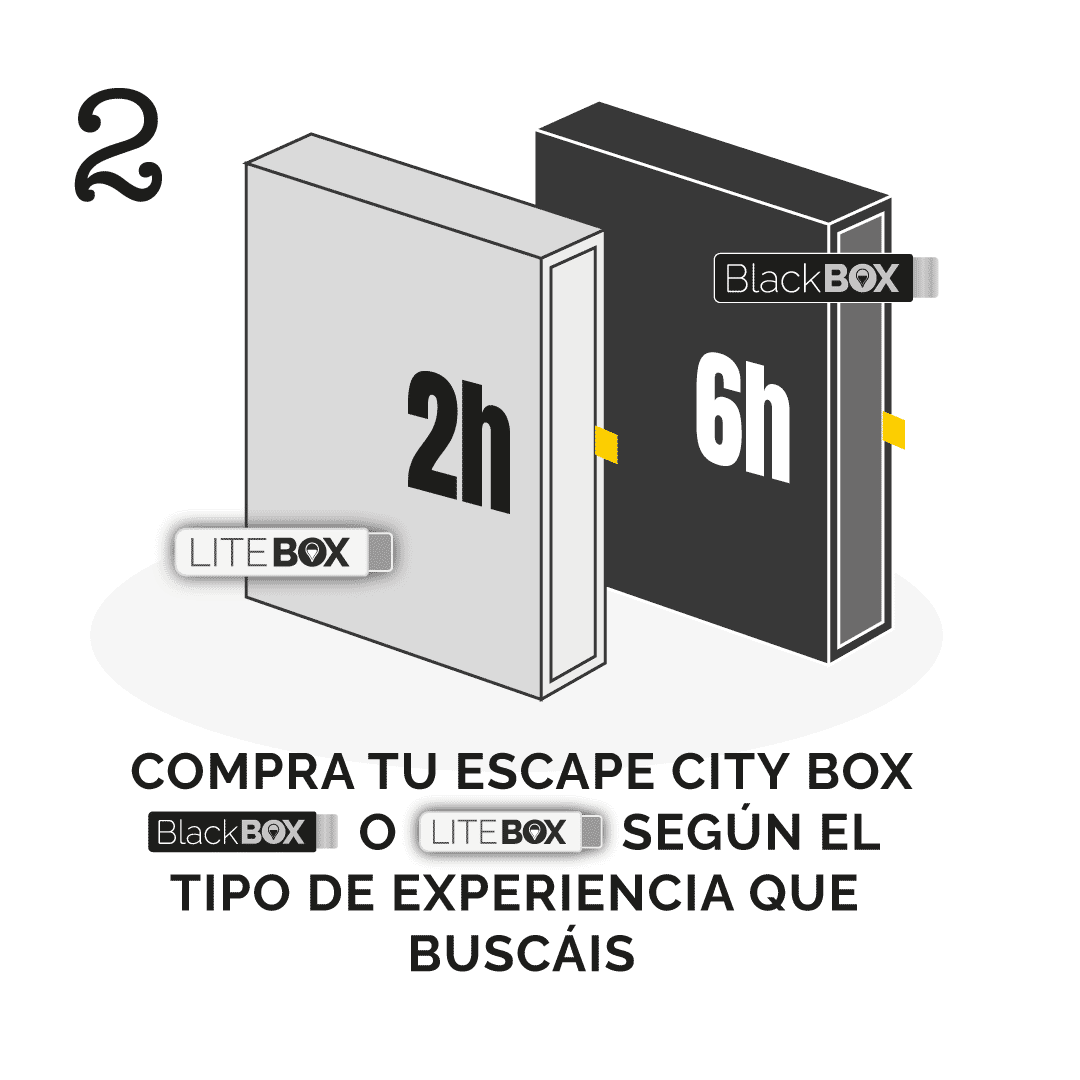 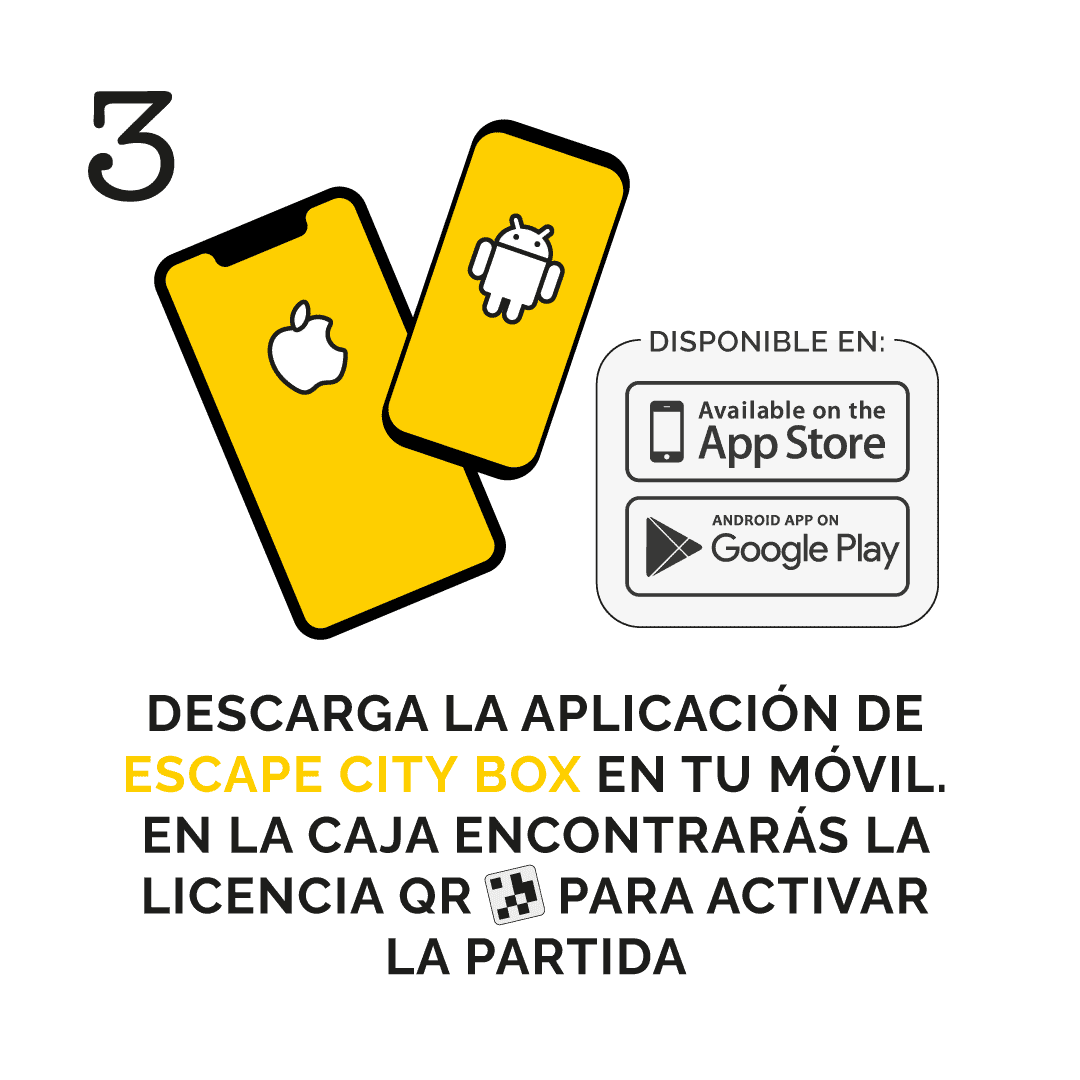 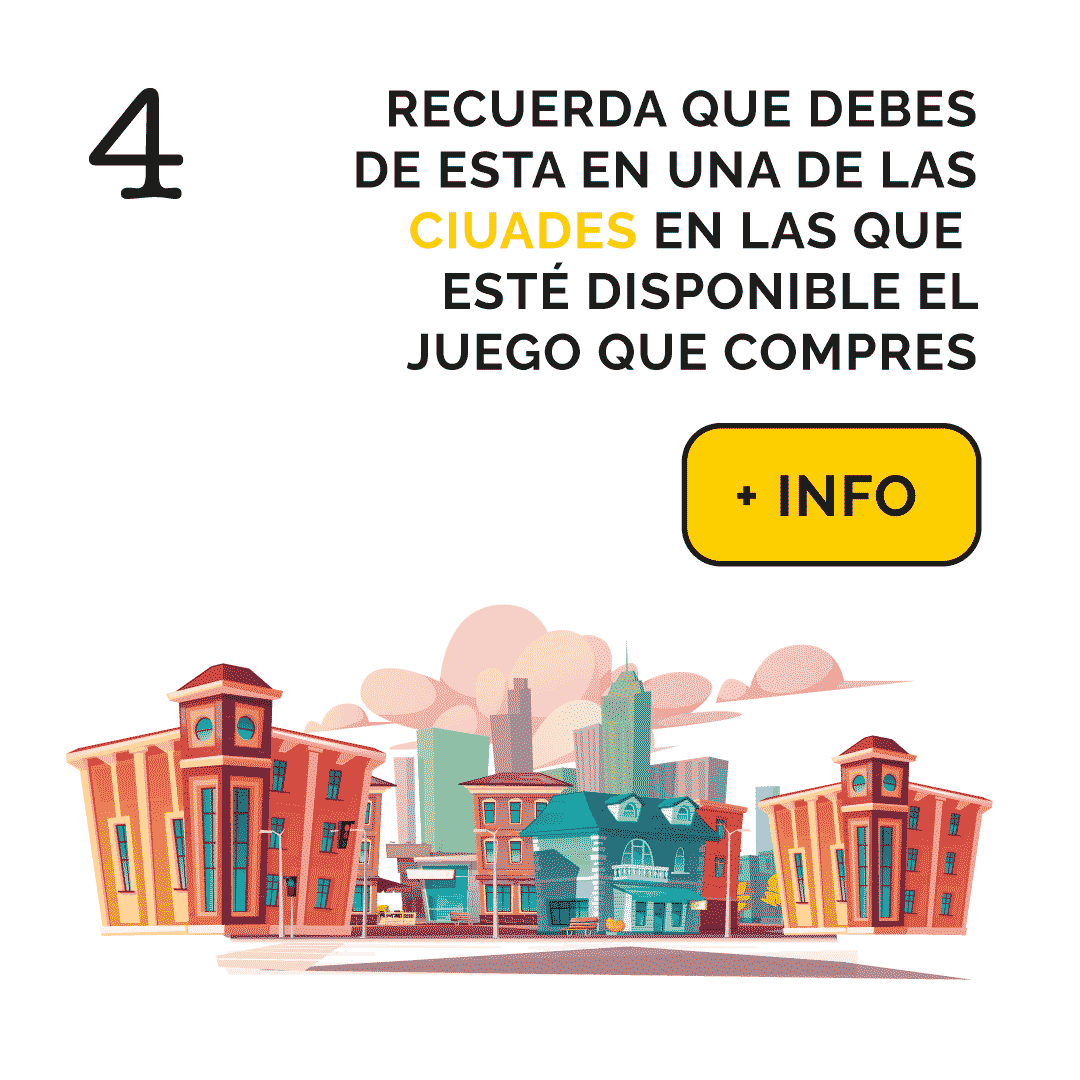 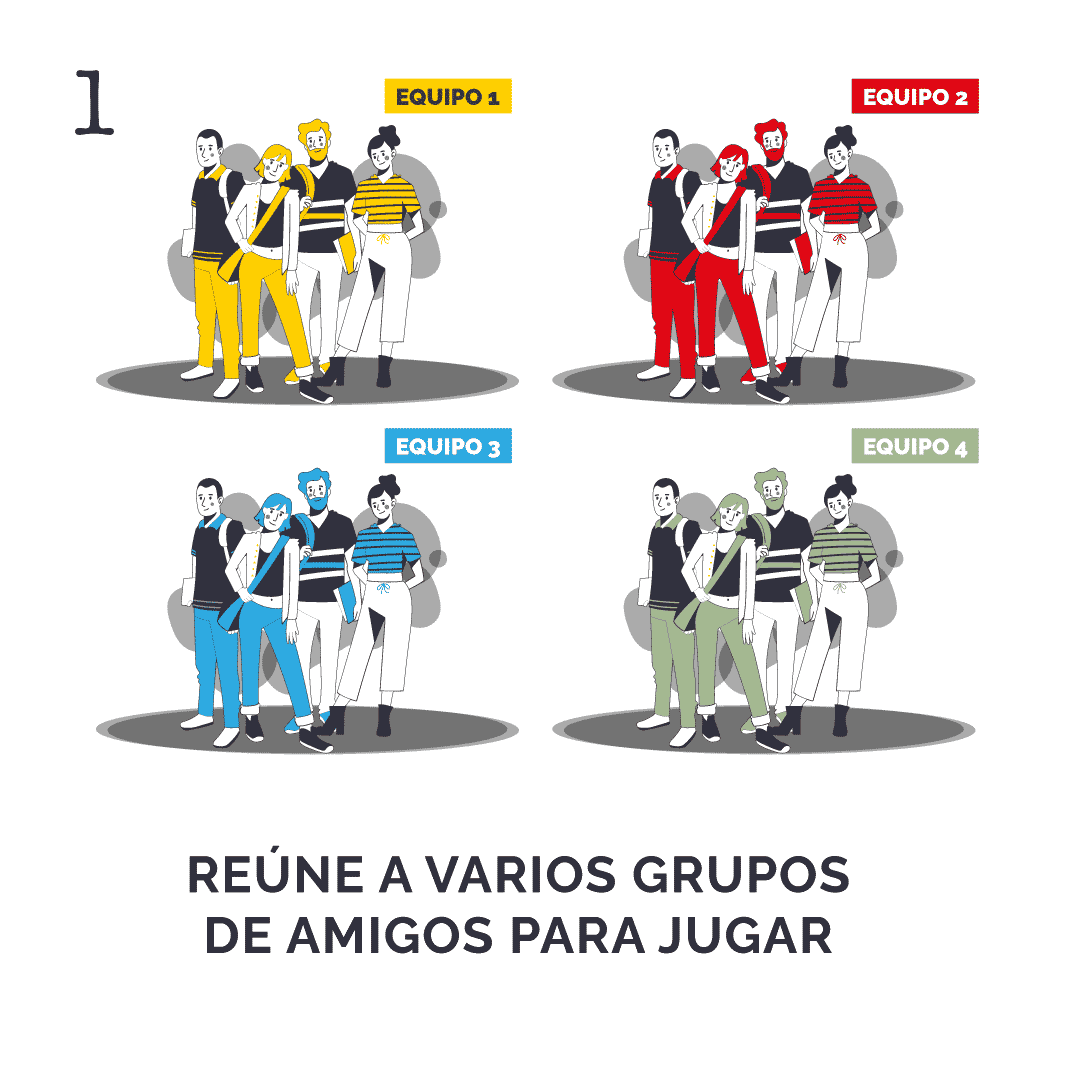 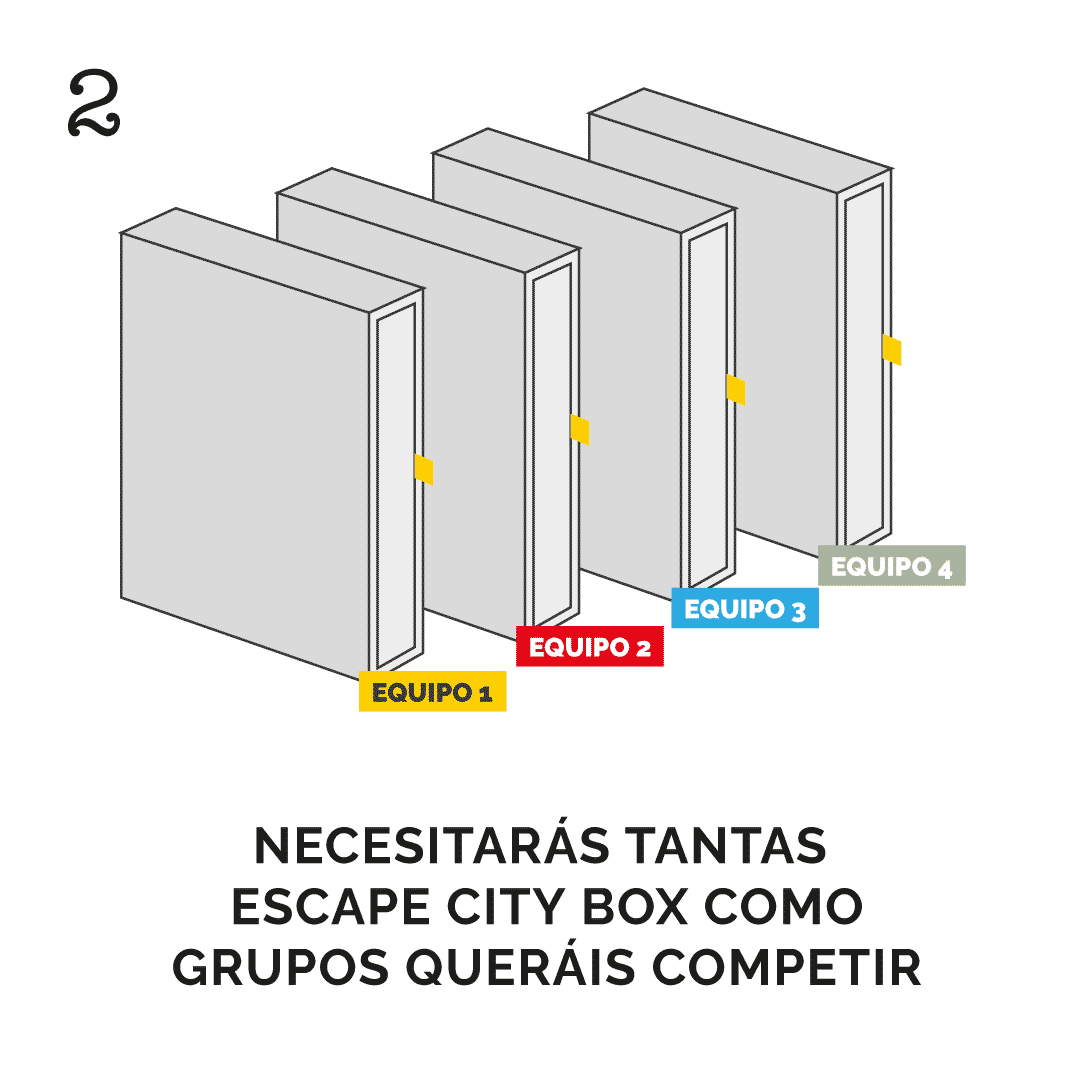 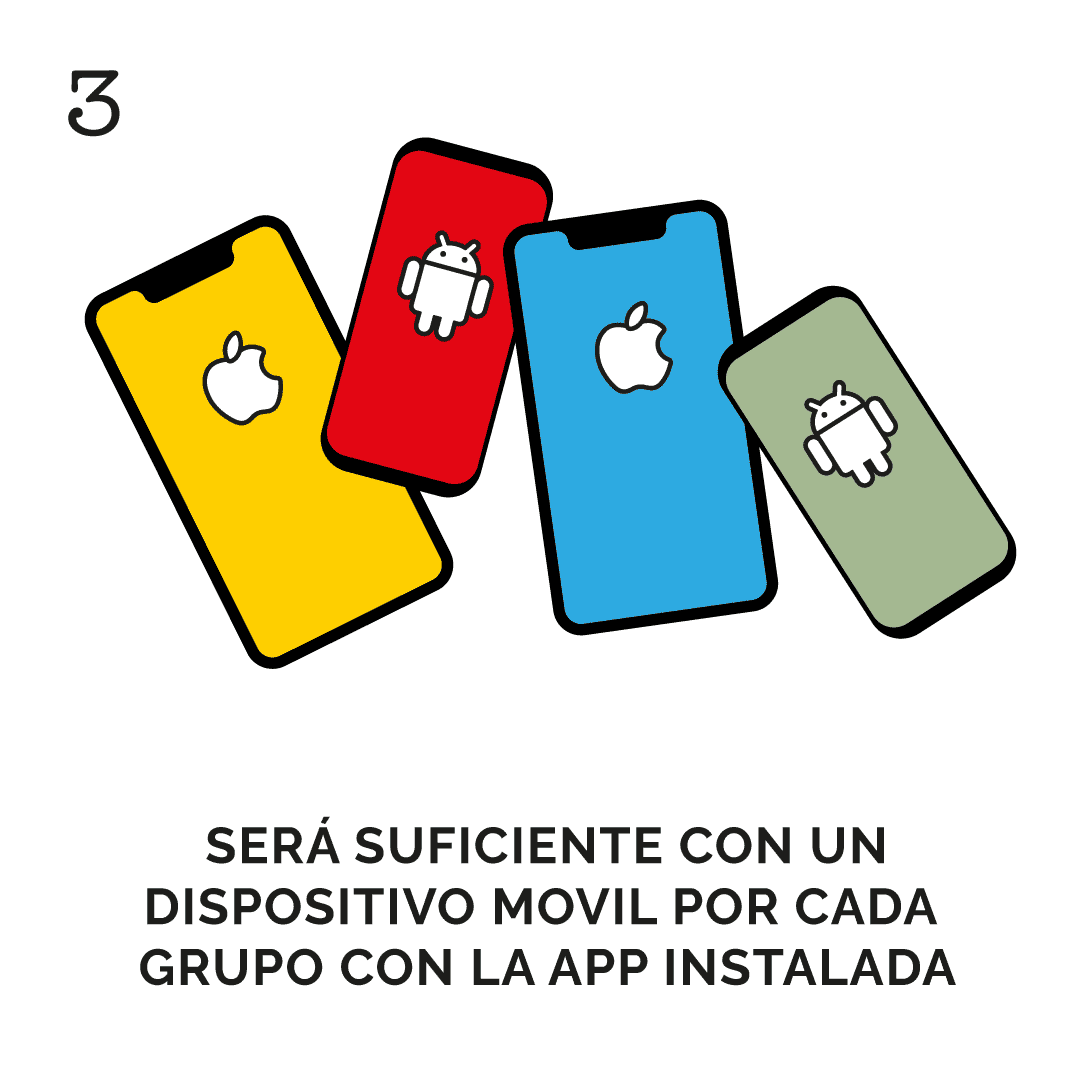 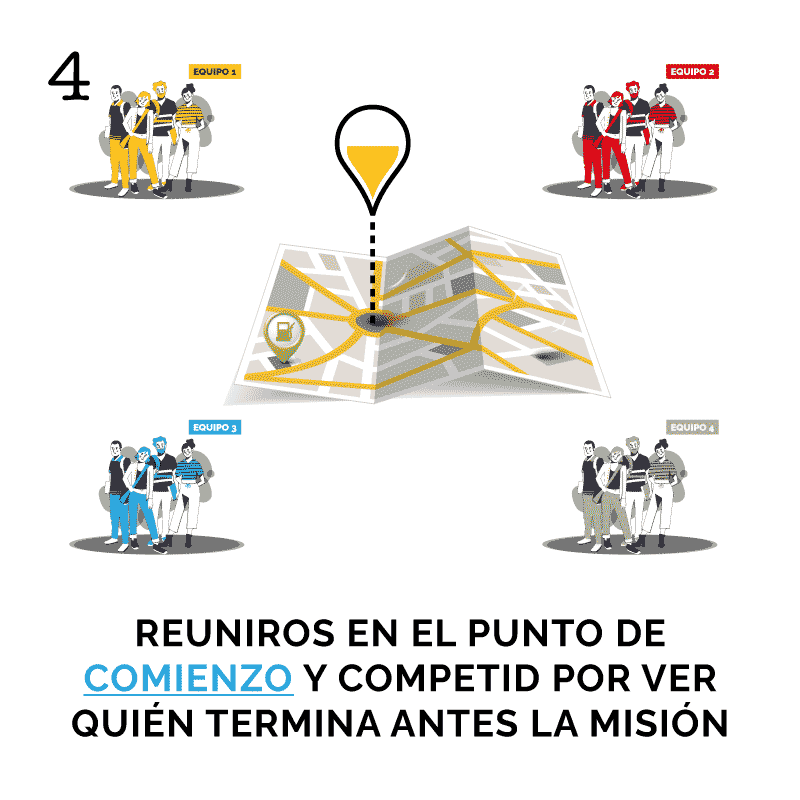 Compra ya BILBAO EDITION!
Personal data collected from users, such as name, postal address, or any other data required during the purchase are used exclusively for the sale. See our |privacy policy| Accept.
Manage consent